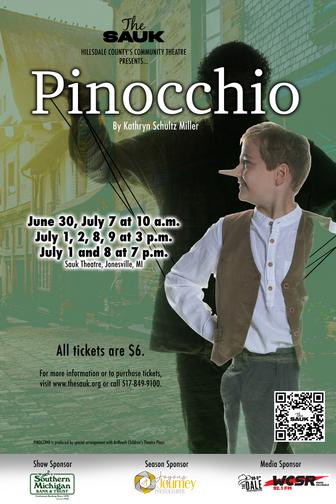 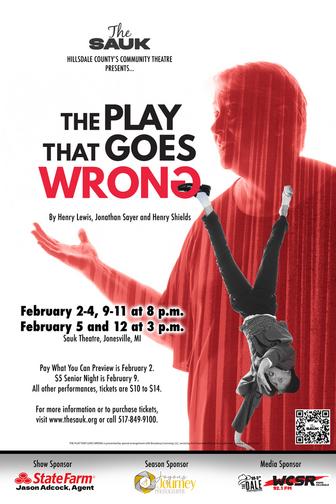 A collection of short plays by various authors.

An annual Sauk tradition, Sauk Shorts is a celebration of short plays. Each play tells a complete story in 8-15 minutes. The plays will make you laugh, touch your heart and entertain you with their originality. Titles have yet to be selected but usually represent local, state and national playwrights. Perhaps the most unique and original production in any Sauk season, Sauk Shorts guarantees something for everyone.

This production will be sponsored by Sandi Miller.

By Eric Coble. Adapted from the book by Lois Lowry.

​
In an apocalyptic future where children are kept like animals and human life is cheap, young Kira learns the ugly truth about the powers controlling her world. A gifted weaver, her talent catches the attention of the Council of Guardians. Under their custody, Kira is made to mend and embellish the ceremonial Singer's Robe—a garment that tells the history of the world. But the longer she works, the more she learns about the horrifying secrets that keep her community hostage. Can she use her knowledge and art to reshape the future? Based on Lois Lowry's companion piece to The Giver, Gathering Blue tells a suspenseful tale of the power of creativity to fight brutality.

This production will be sponsored by Grace Church Chapel & Suite.

Murder on the Orient Express

Adapted for the stage by Ken Ludwig

​
Just after midnight, a snowdrift stops the Orient Express in its tracks. The luxurious train is surprisingly full for the time of the year, but by the morning it is one passenger fewer. An American tycoon lies dead in his compartment, stabbed eight times, his door locked from the inside. Isolated and with a killer in their midst, the passengers rely on detective Hercule Poirot to identify the murderer – in case he or she decides to strike again.

This production will be sponsored by Olivia's Chop House and Saucy Dog BBQ. 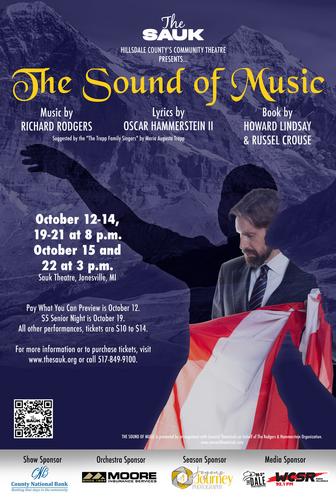 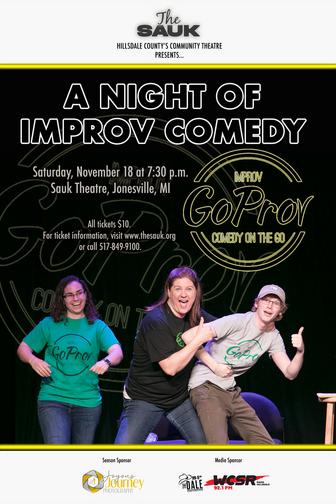 Young Jessica Riggs’ family has fallen on hard times. Still, she keeps her belief in Santa Claus and the idea that there are miracles in the world. When an injured reindeer appears in Jessica’s backyard, she believes it is Prancer. While she is nursing the creature back to health, the whole community of Three Oaks eventually learns about Prancer, causing big problems for Jessica as she tries to return the reindeer home. Based on the cherished film, "Prancer," this piece uses a heartwarming story and breathtaking puppetry to bring light into your holiday season.
​

This production will be sponsored by Jonesville Lumber.

​
More details about this exciting production are coming soon.
​

This production will be sponsored by The Grate Haus.

'The House' and 'The Lost Recording'

'The Lion in the Snow Globe' & 'With Regards to Marty McFly'

A Night of Improv Comedy

This production is still looking for a sponsor. 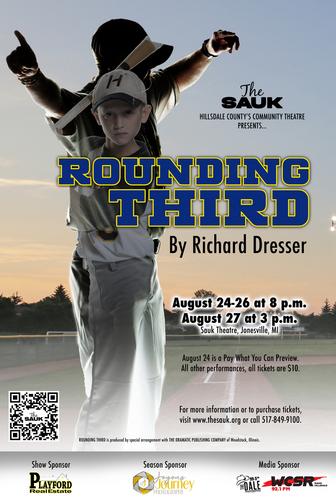 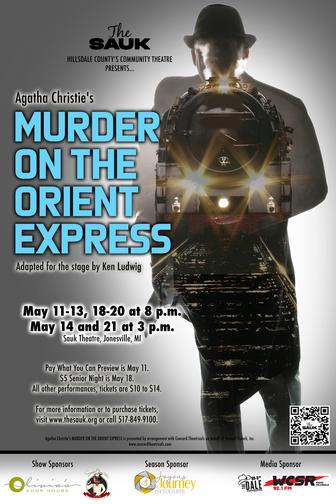 ​
One lonely night the Blue Fairy grants Geppetto's wish and brings his wooden puppet to life. So begins Pinocchio's journey...Pinocchio tangles with tricksters, Fox and Cat, and Lampwick and his no-good buddies in the Land of Toys. Will he ever prove that he is good enough to become a Real Boy?
​

This production is sponsored by Southern Michigan Bank & Trust.

Joseph and the Amazing Technicolor Dreamcoat

​
One of the most enduring shows of all time, Joseph and the Amazing Technicolor Dreamcoat is a reimagining of the Biblical story of Joseph, his father Jacob, eleven brothers and the coat of many colors. Told entirely through song with the help of a main character Narrator, the musical follows preferred son Joseph. After being sold into slavery by his brothers, he ingratiates himself with Egyptian noble Potiphar, but ends up in jail after refusing the amorous advances of Potiphar’s wife. While imprisoned, Joseph discovers his ability to interpret dreams, and he soon finds himself in front of the mighty but troubled, Elvis-inspired, Pharaoh. Joseph’s solution to Egypt’s famine elevates him to Pharaoh’s right-hand man and reunites him with his family. The magical musical is full of catchy songs in a variety of styles, from a parody of French ballads (“Those Canaan Days”), to country-western (“One More Angel in Heaven”) and calypso (“Benjamin Calypso”), along with the unforgettable classics “Any Dream Will Do” and “Close Every Door.”
​

This production will be sponsored by the Jonesville Rotary Club. The orchestra sponsor will be Moore Insurance Services.

The Play That Goes Wrong

Welcome to opening night of the Cornley University Drama Society’s newest production, The Murder at Haversham Manor, where things are quickly going from bad to utterly disastrous. This 1920s whodunit has everything you never wanted in a show—an unconscious leading lady, a corpse that can’t play dead, and actors who trip over everything (including their lines). Nevertheless, the accident-prone thespians battle against all odds to make it through to their final curtain call, with hilarious consequences! Part Monty Python, part Sherlock Holmes, this award–winning comedy is a global phenomenon that’s guaranteed to leave you aching with laughter!

This production will be sponsored by Jason Adcock, State Farm Agent. 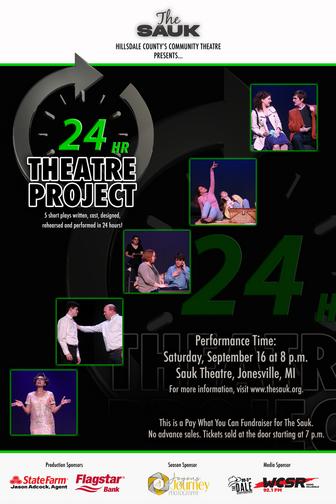 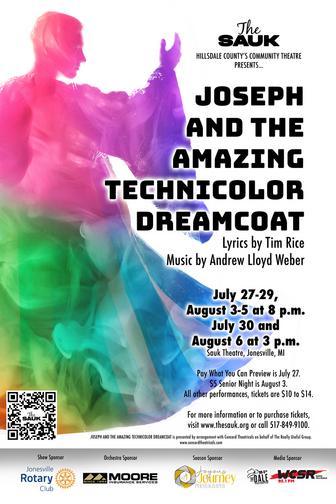 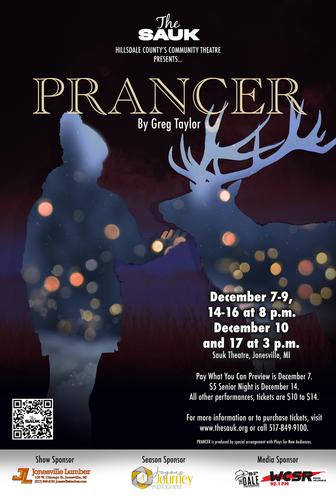 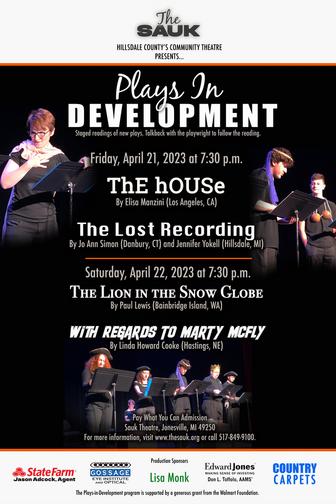 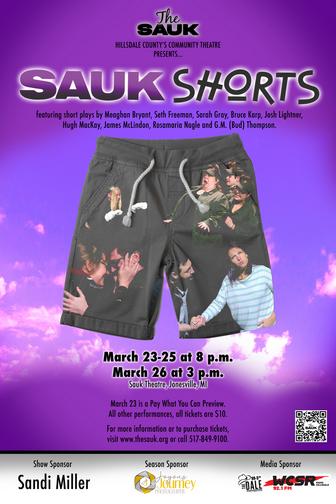 ​
ROUNDING THIRD is the tumultuous journey of two Little League coaches through an entire season, from their first tentative meeting to the climactic championship game. Don is the tough, blue-collar, win-at-all-costs veteran coach whose son is the star pitcher. Michael is a newcomer both to the town and to baseball. He's a corporate executive who agrees to be Don's assistant because he wants a special activity with his son, who's never played baseball before. Despite their differences, Michael and Don form an uneasy alliance for the benefit of the team. And over the course of exhilarating victories, heartbreaking defeats, and interminable rain-outs, the two men battle over how to lead the team. Michael believes that the job of the coaches is to shield the kids from the intense pressure of competition while making sure everyone has a good time. Don thinks they should be teaching the kids how to win. Out of these conflicting philosophies, the real issues of the play emerge: how should we raise our children? Since we live in such a ferociously competitive society, do we protect our children as long as possible? Or do we prepare them to be tough enough to win? And what does it mean to be an American man?
​

This production will be sponsored by Playford Real Estate.

The Sound of Music

Suggested by "The Trapp Family Singers" by Maria Augusta Trapp

​
The final collaboration between Rodgers & Hammerstein was destined to become the world's most beloved musical. Featuring a trove of cherished songs, including "Climb Ev'ry Mountain," "My Favorite Things," "Do Re Mi," "Sixteen Going on Seventeen" and the title number, The Sound of Music won the hearts of audiences worldwide, earning five Tony Awards and five Oscars. The inspirational story, based on the memoir of Maria Augusta Trapp, follows an ebullient postulate who serves as governess to the seven children of the imperious Captain von Trapp, bringing music and joy to the household. But as the forces of Nazism take hold of Austria, Maria and the entire von Trapp family must make a moral decision.
​

This production will be sponsored by County National Bank.

An evening of short plays created in 24 hours.

​
Join us as directors, designers, playwrights and actors come together to create an evening of short plays in only 24 hours.
​

This production will be sponsored by Jason Adcock State Farm Agent and Flagstar Bank. 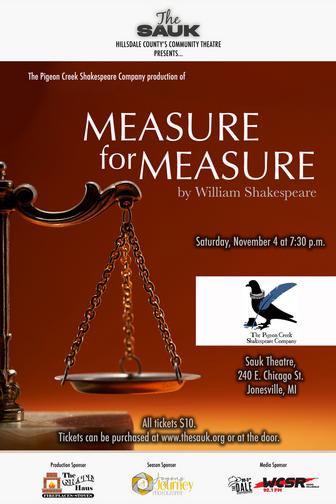 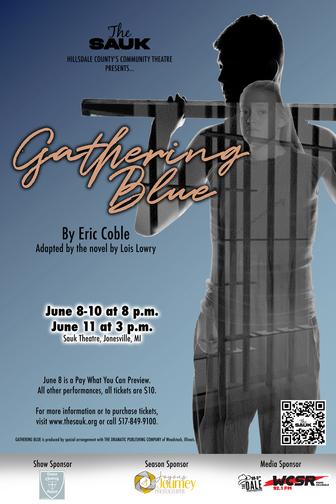